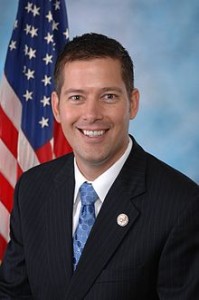 A proposal in Congress would help fix a federal law that currently allows deadbeat parents to avoid paying child support.

Congressman Sean Duffy says the Fair Credit Reporting Act has an unintended consequence that makes it harder for the courts and children by letting the paying parent off too easy. Duffy says “the Fair Credit Reporting Act requires consumer reporting agencies to provide credit reports to child support agencies to ascertain the ability of a father or mother’s ability to pay child support, and it’s required to give ten days notice to that mother or father before the credit report is pulled.”

Duffy says many deadbeat parents are using this ten day window to run up their credit, or dump savings or hide assets so they can show the court they can’t afford as much child support. The Congressman agrees consumers should be told when their credit report is being run, but he says some are abusing the system. “I’m all about notice, and making sure people understand when their credit report is being pulled, but listen, I want to look out for kids and make sure the children are being treated fairly.”

Duffy and Florida Congressman Patrick Murphy have introduced the Child Support Assistance Act as a solution, by eliminating the ten day waiting period and making it harder for deadbeat parents to hide assets and change their credit status. California state law has a similar provision now. The Duffy-Murphy bill would eliminate the waiting period nationwide.