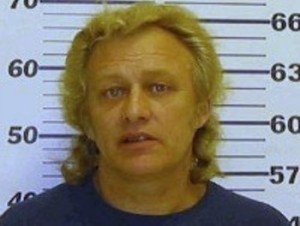 A man who is accused of trying to skin his dog alive is now pleading ‘not guilty’ by reason of mental disease or defect. On-line court records show that Charles Weissmiller of Withee entered his plea yesterday. His court appearance was via a video-link from a mental health facility in Trempealeau County.

He’s charged with one count of mistreatment of an animal.

A criminal complaint says the 65-year-old attacked his dog in an attempt to skin it. The dog was found May 15th on the side of a road with a large laceration to its jaw. Police thought it had been hit by a car and took it to a vet for treatment.

Investigators later learned of Weissmiller’s intent and searched his home. Two knives were found with blood and hair on them, and a garbage bag was found with pieces of flesh and black fur inside.The dog survived the attack, though it required surgery and antibiotics.