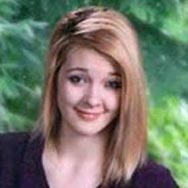 Wisconsin Rapids police are asking for the public’s assistance in locating a missing 15-year-old girl. Jade Chambers was last seen on September 2. She called her mother two days later, but has not returned home.

Police believe she’s travelling with her 18-year-old boyfriend, Cody Lee Jackson. He drives a dark blue Chevy Silverado pick-up truck with black rims and a diamond-plate tool box. They may be in the Wisconsin Dells area.

Jackson is wanted on separate charges of assault and driving with a suspended license. Jade Chambers is 5′ 8′, 110 pounds, with blonde hair and blue eyes. Anyone with information should call Wood County Crimestoppers at 877-325-7867