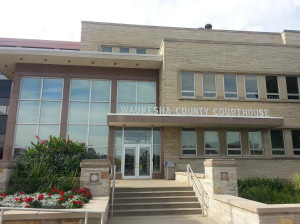 Circuit Judge James Kieffer sided with attorneys for the state, who argued Republican legislative leaders behind the challenge did not follow the right procedures in filing the lawsuit. State law required them to file a complaint with the GAB or a local prosecutor, before going to the courts.

Republicans argued the ballot should be redesigned because the current version could confuse voters and give Democrats an advantage. The model ballot lists Democrats first, and does not include shading on the instructions area or a line separating it from the first position on the ballot.

State GAB director Kevin Kennedy expressed relief that the issue was settled quickly by the court, noting that complaints about ballot issues are not uncommon. However, he added that ballots are designed with many factors in mind, ranging from the types of voting machines used to who prints them. “There’s a lot of judgment that comes in, subjective decision making that comes in to looking at these things. We routinely are talking with county clerks where they think a different approach is warranted. We try to weigh those things.”

Only about 16 counties in the state are using the model ballot, as it was presented by the GAB. Other counties are using some variation of it, but many opted to stick with previously used designs for the upcoming November 4th election.

Attorney Joe Olson, representing the Republican legislative leaders who filed the challenge, says a decision on whether to appeal the decision or to file a ballot challenge directly with the GAB has not been made.