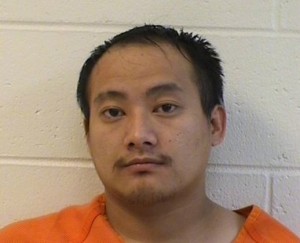 The Wausau man accused of beheading a Saint Paul man last spring has pleaded no contest in the case.

Kou Thao, 29, pleaded no contest on Wednesday to second degree intentional homicide, hiding a corpse and being a felon in possession of a firearm.

Police say Thao killed 58-year-old Tong Pau Hang when the man visited Wausau in April of last year. Police found parts of Hang’s body in both Wausau and Milwaukee. Other body parts were found inside the home where Thao was arrested.

Thao’s attorney repeatedly asked for competency evaluations in the case, but all of doctors involved determined that Thao was competent both at the time of the crime and was able to assist in his own defense.

Thao remains jailed on a million dollar bond, and will be back in court for his sentencing hearing January 21.