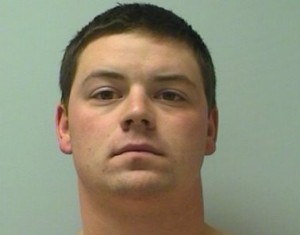 A former Rothschild police officer has resigned, after he allegedly sexually assaulted a woman last week.

Officials say 22-year-old Corey Yolitz is facing charges of second degree sexual assault and burglary, after he gave a 21-year-old woman a ride home from a bar early Friday morning. He’s accused of returning later to have sex with the woman, who woke up and called police when she realized the man was not her boyfriend. Yolitz was identified by the victim as he ran towards his car.

Yolitz was off-duty at the time of the incident. Rothschild Police Chief Jeremy Hunt says he was removed from active duty when the allegations were reported, and then resigned as of Saturday. Yolitz had been hired by the department less than four months ago.