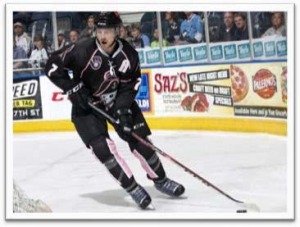 The Milwaukee Admirals named defenseman Joe Piskula the team’s captain for the 2014-15 season.  The former Wisconsin Badger and Antigo native is entering his third season with the Admirals and served as an Alternate Captain last season.

Piscula has played in a total of 12 NHL games, including two with the Nashville Predators last season.  He helped Wisconsin capture the 2006 NCAA Championship.

Piskula and the Admirals drop the puck on the 2014-15 season Friday night at 7:00 pm at the BMO Harris Bradley Center against the Charlotte Checkers.