You are here: Home / News / President Obama to campaign for Mary Burke in Milwaukee next Tuesday 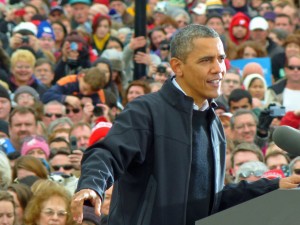 Democratic candidate for governor Mary Burke is getting some presidential help on the campaign trail.

The Burke campaign confirmed Wednesday that President Barack Obama will campaign with the Democratic nominee in Milwaukee next Tuesday. A specific time and location for the event have not yet been announced.

Burke has already been joined on the campaign trail twice by First Lady Michelle Obama. Former President Bill Clinton is also scheduled to campaign for her during a rally set for this Friday in Milwaukee.