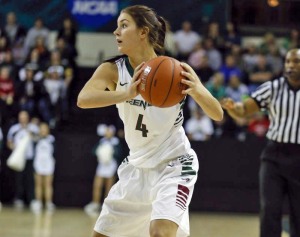 The Green Bay Phoenix continued its early season roll by knocking off Arizona State 63-57 in the semifinals of the Gulf Coast Showcase on Saturday night.

Green Bay (5-1) won its fourth in-a-row after trailing by as much as nine points in the second half.

Green Bay outscored the Sun Devils 52-36 in the paint and the Phoenix also forced 20 ASU turnovers.  The Phoenix shot 54%, the fourth time this season they’ve gone over 50%.

With the win, Green Bay has logged victories over a team from the Big Est, Big Ten, ACC and Pac-12.

Up next for Green Bay, a date with 3rd ranked U-Conn in the championship game at 7:30 tonight.