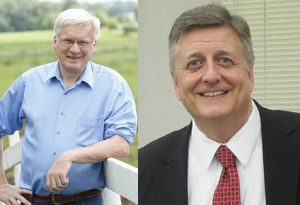 Glenn Grothman defeated Winnebago County Executive Mark Harris, the Democratic nominee. In a statement released Tuesday night, Grothman said “I am humbled by the support of so many in our district and I am eager to serve the families, job creators, seniors, students, and small business entrepreneurs I have met along the campaign trail.”

Congressman Petri is retiring after serving the 6th District for 36 years. He did not endorse Grothman, a 59-year-old attorney and veteran lawmaker, despite their shared party affiliation. Wisconsin Congressional incumbents reelected to their House seats include Republicans Paul Ryan, Jim Sensenbrenner, Sean Duffy, and Reid Ribble, along with Democrats Ron Kind, Mark Pocan and Gwen Moore.