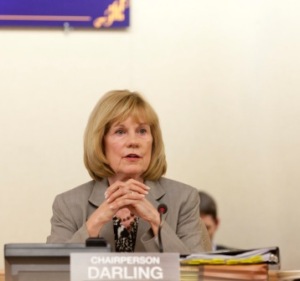 Majority Leader Scott Fitzgerald (R-Juneau) announced his committee appointments Thursday for the two-year session that begins in January. Darling, of River Hills, joins co-chair John Nygren of Marinette who was re-appointed by the Assembly speaker.

Five other GOP senators were appointed to the finance panel. Luther Olsen of Ripon and Sheila Harsdorf of River Falls will carry over from last session, while new members are Howard Marklein of Spring Green, Leah Vukmir of suburban Milwaukee, and Tom Tiffany of Hazelhurst.

Olsen will also continue to chair the Senate’s education panel, although Fitzgerald also created a new committee on education reform and government operations, to be chaired by Senator Paul Farrow. The Pewaukee Republican is one of the more out-spoken advocates of doing away with the state’s Common Core education standards.