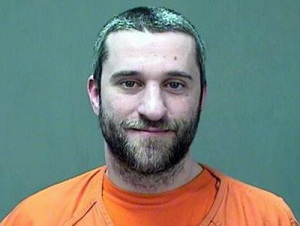 One of the stars of the 1990s TV show “Saved by the Bell” is facing multiple criminal charges, following a Christmas Day fight at a bar in Port Washington that resulted in a man being stabbed with a switchblade.

Police arrested 37-year-old Dustin Diamond late Thursday night, following an incident at the Grand Avenue Saloon. Diamond, who lives in Port Washington, starred as the character “Screech” during the TV show’s run. Police said Diamond put a stab wound in the right armpit of a man he was arguing with. When police caught up with him and his fiancée, officers found a switchblade in the vehicle with the tip covered in what appeared to be blood.

The victim was treated by ambulance personnel and his injuries were reportedly non-life threatening.

Diamond is due back in Ozaukee County Court next week.