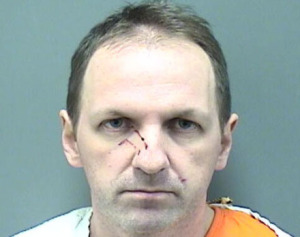 A suburban Chicago man has pleaded not guilty to charges that he killed his wife with a hatchet last month, during an attack in Racine County.

During a court appearance this week, 38-year-old Christian Loga-Negru of Arlington Heights Illinois waived a preliminary hearing, and was immediately arraigned on charges of first-degree intentional homicide, mayhem, and kidnapping. He was found mentally competent to stand trial in the case earlier this month.

According to investigators, Loga-Negru attacked his 36-year-old wife Roxana Abrudan in late November at a home in Mount Pleasant, where she has been trying to hide from him. Prosecutors say he struck her several times in the head with a hatchet, put her in a rental car, and took her to a motel parking lot where he was arrested.

Abrudan was then flown to a Milwaukee hospital, where she died.