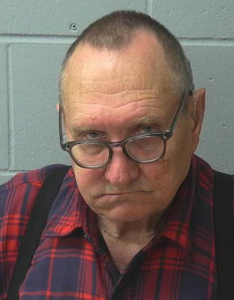 Adams County authorities said a man tried to get out of his 10th drunk driving arrest by claiming that the alcohol on his breath was from beer-battered fish he ate.

75-year old John Przybyla of Friendship was arrested in mid-October north of Wisconsin Dells on Highway 13. According to prosecutors, an officer noticed that the vehicle had a broken tail-light, and learned that the owner’s license was revoked.

Przybyla reportedly told officers he had just left a fish fry, and the alcohol they were smelling was from his food. Officials said Przybyla refused to take a blood test to confirm his alcohol level, claiming it was against his religion. Deputies then obtained a warrant, and they said the man was restrained at a hospital before his blood was finally drawn. Results of the test were not immediately available.

A preliminary breath test showed a blood alcohol level of .062 — more than three times the limit of .02 for state drivers with three or more OWI convictions.

Przybala is due in court January 21st for a preliminary hearing in his latest case.|