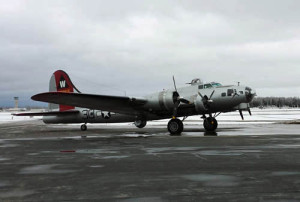 When the Japanese warplanes bombed the United States Naval Base at Pearl Harbor 73 years ago, American soldiers were caught off guard. President Franklin Roosevelt called December 7, 1941 “a date which will live in infamy.”

Wisconsin Department of Veterans Affairs Secretary John Scocos says fewer and fewer World War Two-era veterans are still with us today. “I think we should continue to honor the legacy of not only the WWII generation, but also to show the resilience of our nation.”

Scocos, who’s dad served in WWII, compares the attacks in 1941 to the tragedy of 9/11 in 2001 — 60 years later. He says after both attacks Americans had the resilience to pick themselves back up, defend the country, and continue to move forward.