You are here: Home / News / Democrats accuse Walker of taking ‘eye off the ball’ in Wisconsin 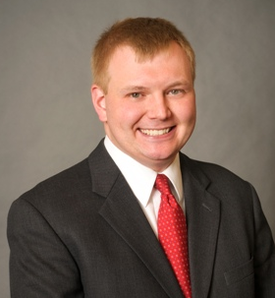 As the governor prepares to deliver his State of the State address Tuesday night at the Capitol, the head of the state Democratic Party claims he’s already falling short of the promises he made to voters on the campaign trail.

DPW Chairman Mike Tate notes the governor insisted for months that he planned to focus on issues facing the state if given a second term, and that he would not run for president if it would distract him from the business of running the state. “Despite promising Wisconsinites for the past twelve months that he truly wants to be our governor for the next four years, we know Scott Walker already has his eye off the ball in Wisconsin,” Tate said in a call with reporters Monday.

Since being sworn in to start his second term last week, Tate argues voters have heard more about Walker’s possible presidential bid than they have about how he plans to address the problems facing Wisconsin. Those include a shortfall in the state transportation fund and a $2.2 billion deficit.

Tate points to the early date for Walker’s State of the State address, the earliest date he’s ever given the speech, as clear evidence his thoughts are back on the campaign trail. “We know why that is. As soon as he’s done giving his speech, hours later, he will be leaving Wisconsin to go to a conference in California to huddle with national Republican Party bosses.”

Walker is scheduled to attend a Republican National Committee meeting in San Diego on Thursday. He will also appear at a conservative event in Iowa later this month, along with several other potential GOP candidates for the 2016 presidential race.

In response to Tate’s claims, Walker press secretary Laurel Patrick said in a statement that “some choose to complain, some choose to lead. Governor Walker chooses to lead. He’ll lay out the first part of his plan to continue moving Wisconsin forward on Tuesday” in his State of the State address.