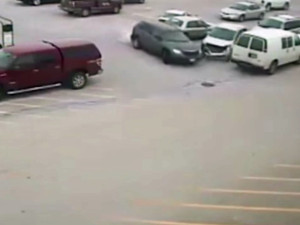 A state lawmaker plans to reintroduce legislation which would require more frequent vision testing for older drivers in Wisconsin. State Senator Fred Risser (D-Madison) said he was in the process of having the bill drafted even before video of a 92 year-old driver striking nine cars in a supermarket parking lot in Mayville was widely seen.

“I think that as a person gets older, his or her eyes don’t function as well,” said Risser, who will be 88 in May and is the longest-serving state legislator in the nation.

Currently, Wisconsin drivers get their eyes tested when they renew their driver’s license every eight years. Risser said that most states require that more frequently for older drivers. “The definition of ‘age’ is somewhat different,” from state-to-state, Risser said, but his legislation would have the testing occur every four years for drivers age 70 and older.

Risser introduced the bill in the last legislative session, but it failed to advance.