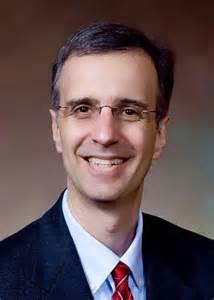 Dane County Executive Joe Parisi in looking into legal options in case Governor Scott Walker goes through with his plan to require drug testing for recipients of public benefits.

Parisi is a former Assembly Democrat. He says people who fall on hard times should not be treated like criminals. Parisi, whose county includes Wisconsin’s capital city, says “Requiring someone who has just been laid off from their job to pee in a cup is not treating people in a dignified manner.” He says, “It is degrading and insulting.”

In a statement to the press, Parisi says more than 10,000 more adults from Dane County would be subject to the screening before receiving help for items like food and Medicaid, under Governor Scott Walker’s proposal.  Those tests would cost over $750,000 in tax money per year.  Walker’s proposal would require permission from the federal government before being implemented.

Governor Walker has said he wants to make able-bodied adults take drug tests before they can get Badger-Care, unemployment, and food stamp benefits. Those who fail the tests could get free drug treatment. Walker plans to include his proposal in his two-year budget.