You are here: Home / Packers / Is Ron Zook the answer for the Packers on Special Teams? (Video) 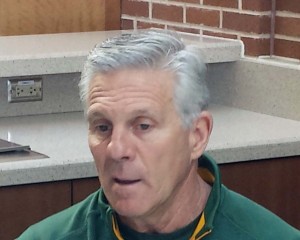 McCarthy, who also announced that he is giving up the play-calling this coming season, said he plans to play a much larger role in both defense and special teams this season.  He said he’ll be in the meeting rooms and be a part of the game planning, trying to avoid some of the issues that led to the Packers being ranked dead last in the league in special teams rankings this past season.

While at Illinois, Zook also involved himself in special teams with average results.