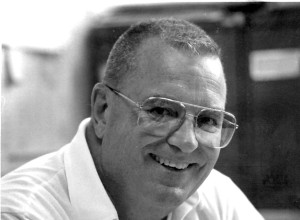 Don La Violette, who spent 11 seasons as St. Norbert College’s head football coach and guided the Green Knights into the Midwest Conference, tied today (Thursday) in Green Bay.  He was 83.

La Violette arrived at St. Norbert after spending 24 years at Abbot Pennings High School.  He coached both football and basketball.  He led the Squires to a 140-89-6 record, six Fox River Christian Conference championships and the 1971 WISAA state championship.  He also led the Squires to 324 wins on the hardwood with eight WISAA state tournament appearances.  He was named FRCC Coach of the Year seven times in basketball and five times in football.