You are here: Home / News / Speculation Feingold could challenge Johnson for US Senate seat 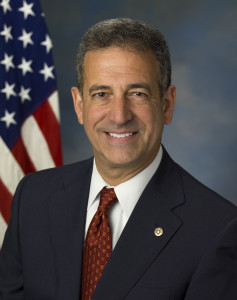 The Wisconsin Democrat served from 1993 until he was defeated by Republican Ron Johnson in the 2010 election. Feingold has been a special envoy for the State Department since losing the election. Now, several sources confirm Feingold is leaving that post.

Feingold hasn’t made any official announcements, but the Republicans are anticipating his return. They’ve already been preparing for a possible rematch between Johnson and Feingold.

Russ Feingold will be delivering a speech Tuesday at the U.S. Institute of Peace that focuses on the Congo region of Africa. Aides say t hat will be his last official act as special envoy.