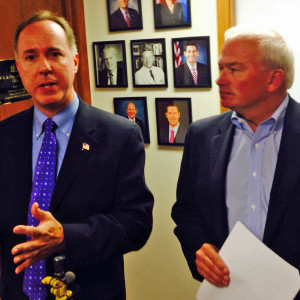 Leaders in the Wisconsin legislature are indicating that they’ll reject a new contract for Wisconsin State Patrol troopers – one which includes an average pay hike of 17-percent. “My hope is we can vote that contract down,” said Assembly Speaker Robin Vos. “They can go back to the negotiating table, have a more reasonable offer that comes to the legislature, but at a time with such fiscal difficulties in the state of Wisconsin, I just can’t support a raise that big.”

Members of the Wisconsin Troopers Association were among law enforcement unions exempted from the public employee bargaining limits in Act-10. The two-year contract was supposed to take effect in July of 2013, but the Legislature’s Joint Committee on Employment Relations never acted on it. Union members ratified it about a year ago.

Most state employees got one-percent raises in each of the last two years, but no pay hikes are included for the next two years in Governor Scott Walker’s proposed budget.