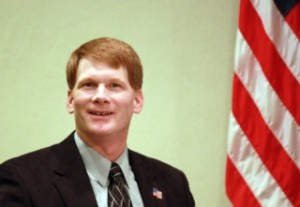 The chair of the Assembly Education Committee is postponing a vote on school accountability legislation.

A vote on a heavily amended version of the bill, which would impose sanctions on failing schools, had been scheduled to take place Thursday at the Capitol. Committee chair Jeremy Thiesfeldt (R-Fond du Lac) announced Wednesday afternoon that he was delaying it though, citing new developments in efforts to reach a consensus on the legislation with the state Senate.

In a statement, the Fond du Lac Republican said the sponsor of a Senate school accountability bill has indicated he’s now open to including sanctions in the bill, something state Senator Paul Farrow (R-Pewaukee) had previously said he was opposed to. Thiesfeldt said he’s “cautiously optimistic” that an agreement can be made, with the bill coming to the floor this spring.

An amendment to the school accountability bill was introduced on Tuesday morning, prompting criticism from Democrats that major changes to the bill warranted a second public hearing. Republicans countered that the bill had already been the subject of 12 hours of public testimony, during which many of the issues contained in the amendment were addressed.

Thiesfeldt did not indicate when the rescheduled hearing might take place.