You are here: Home / News / People often unaware of their water source 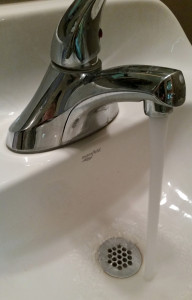 A University of Wisconsin expert says the public often is unaware of the volume of our water resources and where their drinking water comes from. This discussion comes as officials mark Groundwater Awareness Week.

Dr. Jim Hurley from the University of Wisconsin Water Resources Institute says there’s an estimated 1.2 quadrillion gallons of groundwater beneath Wisconsin’s surface, enough to cover the entire state under 100 feet of water. But he says most people don’t recognize where their water comes from.  “Sometimes you ask people where they get their drinking water from. Many people think they’re getting it from their local river or local lake, when in fact, that source of water may be several thousand feet below their feet.”

Seven of ten state residents and 97 percent of the state’s inland communities depend on groundwater for their supply.

Hurley says you should routinely get your water tested to check for coliform bacteria, nitrates and other contaminants of local concern. He says during spring melt time, cracks in rocks under the ground could allow contaminated surface runoff to seep into the drinking water near your well.