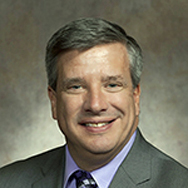 Governor Scott Walker’s budget proposal to scale back the SeniorCare prescription drug program is unlikely to survive a review by the Legislature’s Republican-controlled Joint Finance Committee.

The governor’s budget calls for requiring seniors to use Medicare Part D for basic prescriptions, then turning to SeniorCare for what the other program will not cover. Joint Finance Committee co-chair John Nygren (R-Marinette) said Thursday that lawmakers have heard a lot of concerns about that proposal in recent weeks, and it will likely be removed when they begin making revisions later this spring. Nygren said “what we’ve heard from our members, what we’ve heard from our constituents, is they are happy with the current structure of he SeniorCare program.

Still, the Marinette Republican said they are not ruling out the possibility of some changes. He noted that the enrollment fee for the have held steady at $30 for the past decade.

This is the second time Republicans have removed changes to SeniorCare from a Walker budget proposal, but Thursday’s comments about leaving the program alone were met with skepticism by some Democrats. State Rep. Andy Jorgensen (D-Milton) questioned statements by other GOP leaders about potential changes that are being considered, such as cutting off new enrollments. Jorgensen argued those could still result in killing it slowly or jeopardize a federal waiver that makes SeniorCare program possible. He said that “saving SeniorCare means leaving the program alone.”