You are here: Home / Sports / Runner-up finish for Pointers in D-3 hockey 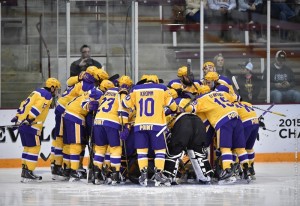 Kyle Brodie and Nick D’Avolio scored goals for the Pointers in the loss.

The Pointers had a 37-24 shot advantage and the game was tied 2-2 in the third before Trinity pulled away.