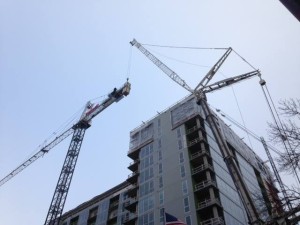 A new study claims to show that Wisconsin’s prevailing wage law is costing taxpayers millions. The study by the Wisconsin Taxpayers Alliance was commissioned by the Associated Builders and Contractors of Wisconsin. John Mielke is the group’s president. “What the study found is that the prevailing wage laws don’t reflect local wage standards like proponents claim, but that they actually inflate local wages,” Mielke said.

Legislation which would repeal the state’s prevailing wage statute is awaiting a committee hearing. “What we want is a system that results in market rates,” said Mielke. “Probably the most efficient way to do that is to repeal prevailing wage and just let the market take care of it. Are there other things that could be done to improve the situation? Absolutely, but we’re supporting repeal.”

The study – which is being widely disputed – found state and local governments would have saved $200 to $300 million in 2014 by paying “market-based” wages. “What’s unique about this study is that the taxpayers alliance doesn’t take a stand here, but they looked at the methodology that we use here in Wisconsin, and found it to be flawed. State and local units of government could save millions of dollars in excess construction costs if we fixed it.”

The Taxpayers Alliance found that prevailing wages and benefits are on average 45 percent higher than local market rates, and that state wage calculations are flawed due to small sample sizes and a formula that often considers only the highest reported wages.
Wisconsin is one of 32 states with prevailing wages laws. The Wisconsin law was established in the 1930s and revised in the 1990s.

Mark Reihl, executive director of the 9,000-member Wisconsin State Council of Carpenters, told Gannett Wisconsin Media that the study assumes savings for the taxpayer by lowering wages in construction. “The problem with that is if you have lower wages you’re not going to get the same level of efficiency, productivity and quality.”

The Wisconsin Contractor Coalition, a group of 450 construction companies that supports prevailing wages, also criticized the study as flawed.