You are here: Home / Education / UWSP pushes for differential tuition 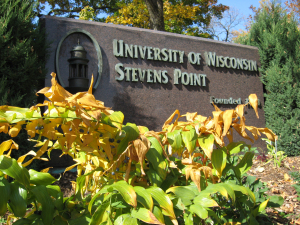 Following potential budget cuts, University of Wisconsin-Stevens Point students and administration are seeking permission to charge students differential tuition. Regular tuition is paid to UW System, which distributes those dollars to individual campuses. Differential tuition is a cost above and beyond regular tuition. That money would stay on campus for specific purposes.

UWSP student Ryan Kernosky says students want this. “There are 13 four-year colleges or universities in the system; ten of them have it. Three of them do not. Stevens Point is one that does not. We’ve been actively persuing it for the better part of six years.”

University officials say the move would increase the cost per student by $200 dollars per semester, or $1,600 dollars over four years.

UWSP Chancellor Bernie Patterson supports the effort. He says it makes “financial sense” for the students. “The students are very quick to understand, they would much rather pay $200 more a semester than spend an extra semester or two semesters or even three semesters at Stevens Point at a clip of $7,500 a semester to go to school.”

Patterson says most campuses have an advantage over Stevens Point, Parkside, and Green Bay. “I’m quite concerned that we have not been able to level the playing field when it comes to differential. Other campuses have had it in place for 10 years or so. At Eau Claire and La Crosse, they are generating more than $13 million a year from their differential. We are generating zero.”

Governor Walker’s budget would cut 300 million dollars to the UW System over the next two years.