You are here: Home / News / Walker sees no need for religious freedom law in Wisconsin (AUDIO) 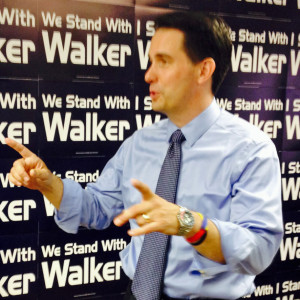 Governor Scott Walker does not see the need for Wisconsin to take up any proposal that would be similar to a controversial religious freedom law recently passed in Indiana.

The state already has a “healthy balance here between protecting religious liberties and making sure that we also protect against discrimination,” Walker said during a stop in Plover on Monday. The governor added that he thinks the issue is one that’s better handled on a state-by-state basis, and noted that Wisconsin already has laws in place that protect religious freedom.

The religious freedom law signed last week by Indiana Governor Mike Pence has sparked a firestorm of controversy for the state, with opponents arguing it will allow business owners to legally discriminate against the LGBT community. Pence has denied that’s the case, but asked the state’s Legislature on Tuesday to pass a bill this week that would clarify that the law does not allow discrimination against anyone.