You are here: Home / Agriculture / Beef prices will take time to decrease 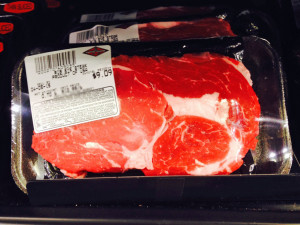 Beef prices are reaching record highs. Nationally, a pound of ground beef is currently averaging $4.24, but a Wisconsin agriculture expert expects prices to gradually head back down.

Wisconsin Farm Bureau Federation executive director Casey Langan said U.S. ranchers thinned their herds around 2012, following several years of drought. “As a result of that, the cattle herd in the United States recently reached a point that was at its smallest point in 60 years, so there’s less of a supply,” Langan explained. “At the same time as these droughts in the United States, there is increasing consumption of beef around the world.”

“In countries like China, India and Brazil that have millions of people entering the middle class, often the first thing they do isn’t buy a TV, it’s add protein to their diet.”

With that continuing demand, it will take some time to build up U.S. herds. “Unlike chickens and pork that can kind of turn their production around quicker, cattle is a slow-moving industry,” said Langan. “A cow only has one calf a year.”