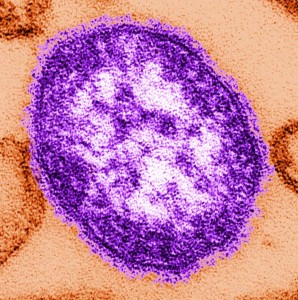 Despite the fact that concerns over the safety of vaccinations have been categorically disproven, some parents still won’t get their children vaccinated against common, preventable childhood diseases. That can have consequences, as illustrated by a measles outbreak this past winter.

Dan Hopfensperger, Director of the Wisconsin Immunization Program in the state Department of Health Services, said the Disneyland measles outbreak, which sickened 147 people as it spread to at least five states, showed the importance of getting children vaccinated on schedule and making sure booster shots are received.

“It spread pretty significantly, and a lot of people who contracted the disease weren’t immunized against measles because of either themselves or their parents having personal convictions or personal reasons for not immunizing,” Hopfensperger said. This is National Infant Immunization Week.

“It’s an opportunity for us to promote the use of vaccines to prevent some serious vaccine preventable diseases,” including measles,” Hopfensperger said. He added that parents who have questions about vaccine safety can get answers from their primary care physicians, local county health agencies, or the Centers for Disease Control website.