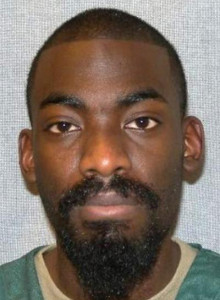 The suspect in a double homicide in Milwaukee over the weekend took his own life Thursday morning.

Police had been searching for Ricky Chiles III since Sunday in connection with the fatal shooting of the driver of a van who hit and killed Chiles’ two-year-old nephew, Damani Terry. Police say 40-year-old Archie Brown Jr. left his vehicle and was grieving the death of the toddler, when Chiles grabbed a gun and opened fire. His 15-year-old nephew, Rasheed Chiles, was caught in the crossfire and later died from his injuries.

Milwaukee Police Chief Ed Flynn told reporters on Thursday that police tracked Chiles and his girlfriend to a Chicago-area hotel room. After the Milwaukee Police Department obtained a warrant for his arrest, Flynn said “Chicago Police and the United States Marshalls Service entered the hotel room, where upon Mr. Chiles took his own life with his firearm.”

Flynn said the circumstances surrounding the shooting were dreadful, but added that “It’s what we get when we have folks who decide it’s their responsibility to use their guns to redress their grievances.”