Governor Scott Walker pulled an April Fools’ prank on the media that has been following his potential White House candidacy. At nine this morning, the Republican Walker tweeted about a “Big announcement coming up at 10 am … Sign up to hear the news first.”

As promised, his big proclamation came right on time. It read, “America needs big, bold leadership — and that’s why I’m supporting Coach Ryan and the Badger men’s basketball Saturday.” The tweet also had a photo of Walker giving a high-five to a young boy. 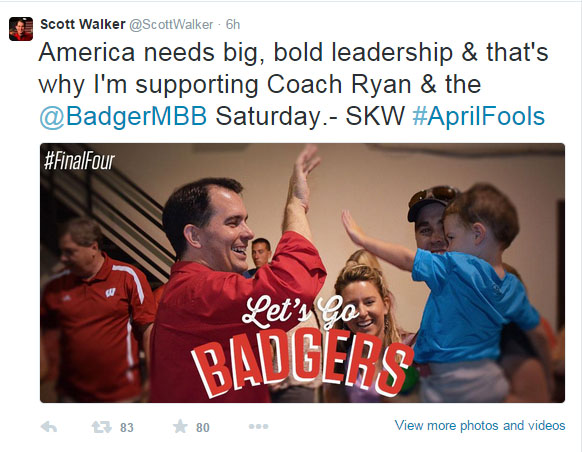 Walker has said he is considering a presidential run, while traveling this spring to several key states early in the primary process. However, he has not set a timetable for making any announcement about his decision.