You are here: Home / Health / Medicine / Wisconsin dog owners should be cautious regarding canine flu 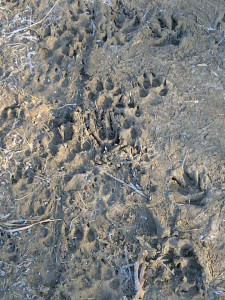 A Midwestern outbreak of canine influenza should spur caution among pet owners. “My recommendation for the next three to four weeks is that you talk to your veterinarian about your dogs’ risks, that you modify their behavior somewhat on where they go to dog parks and boarding facilities,” said Doctor Julia Bates, a veterinarian in Madison. “The best thing that we can do right now is not be paranoid, but be cautious.”

Canine influenza virus (CIV) has affected at least 1,000 dogs in Wisconsin, Illinois, Ohio and Indiana in the last month, including at least one confirmed case in Madison, in a dog that had been at a Chicago dog park. “Hopefully, people being aware of it and staying away from places where dogs congregate is going to keep us from having an outbreak in the Madison area,” said Bates. “I think in the next three to four weeks we’re going to know what’s going to happen.

The vaccine for canine influenza may not be effective for the current outbreak. Previously thought to be caused by the H3N8 strain, which has been circulating in North America since 2004, recent tests from the Wisconsin Veterinary Diagnostic Laboratory and the New York State Animal Diagnostic Laboratory at Cornell University have identified the strain as H3N2.

“It’s believed that the H3N2 strain was introduced here from Asia, but how it happened is not known,” said Keith Poulsen at the UW School of Veterinary Medicine in Madison, which has posted information for veterinarians. “The commercially available vaccines for CIV are made to protect against the H3N8 strain, and their effectiveness against the H3N2 strain is unknown at this time, but it is likely to be less effective.”

Both CIV strains can cause persistent cough, runny nose, and fever. A small percentage of dogs will develop more severe clinical signs; some will not show any symptoms at all. The infection has been associated with some deaths. Neither CIV strain is related to the highly pathogenic H5N2 avian flu, which was recently reported in a commercial flock in Jefferson County. There is also no evidence that either strain of CIV is contagious to humans.