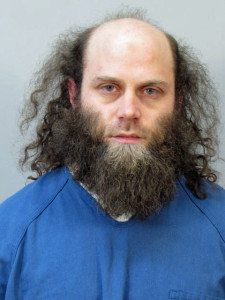 A Wisconsin man is charged with attempting to aid the Islamic State terrorist organization. The U.S. Department of Justice says 34-year-old Joshua Ray Van Haften of Madison was arrested Wednesday at Chicago’s O’Hare airport after returning from Turkey. He made his initial appearance in federal court in Madison on Thursday.

Prosecutors say he had traveled as part of a plot to join ISIS. Van Haften is charged with attempting to provide material support and resources to the terror group – in the form of himself – and intended to go to Iraq or Syria while in Turkey.

The DOJ said Van Haften first traveled to Turkey last August, although it wasn’t immediately clear whether he actually entered territories in Iraq or Syria controlled by ISIS.

The complaint states that Van Haften he had previously traveled to Egypt, coming to the attention of authorities in that country after allegedly photographing a military facility. When Egyptian police discovered that Van Haften had a 2000 conviction for 2nd Degree Sexual Assault of a Child in Rock County, he was sent back to the U.S.