You are here: Home / News / Wisconsin voters head to the polls for spring elections 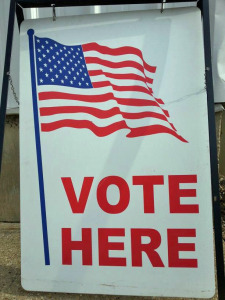 Voters are being asked to weigh in on a number of issues on ballots around Wisconsin today, ranging from school referenda to local offices.

The only statewide office on the ballot is for the state Supreme Court, between incumbent Justice Ann Walsh Bradley and challenger, Rock County Circuit Judge James Daley. A proposed constitutional amendment is also up for a vote, which would have the chief justice of the high court selected by other members going forward, instead of having the most senior member serve in that position.

Despite the US Supreme Court effectively reinstating Wisconsin’s Voter ID law last month, a government-issued photo ID will not be required at the polls today. Reid Magney with the state Government Accountability Board says voters will be asked to state their name and address, then sign the poll book. They should not be asked to show an ID just to obtain a ballot in this election, although one will be required in the future.

The nation’s high court rejected a request to take up a challenge to the law last month, but the decision came after absentee balloting for the April election had already started. As a result, the GAB and state Department of Justice indicated they would not be able to implement the law for this election. The law, passed in 2011, was only in effect for a single election in early 2012. Multiple court challenges had kept it on hold since then.

While some local elections could bring out voters in some areas, the GAB is projecting statewide turnout today will only be at about 20 percent.