You are here: Home / News / Fund set up for family of killed Shawano County highway worker 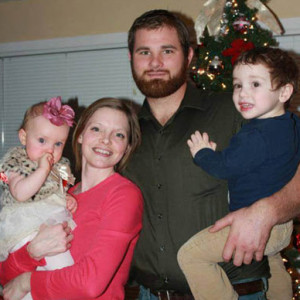 The sheriff in Shawano County says a highway worker killed in a work-zone accident this week was a well-liked role model in the community, and a friend.

30-year-old Derek Stempa of Shawano died Tuesday, after a man driving a minivan hit him. He was working as a flagger on Highway 47, in the town of Red Springs. Sheriff Adam Bieber says many people in the Shawano community are mourning the loss.

Bieber says they set up a fund, at Capital Credit Union, so people can help Stempa’s wife, and two young children.

Details of the crash that killed Stempa have not been released, but Bieber says drivers need to remember to stay off their phones, take their dogs off their laps, and pay attention to the road – particularly in construction zones.