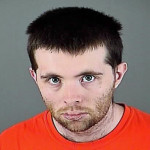 A Wisconsin man and his girlfriend have been charged in Missouri, in the murder of the woman’s mother. Gypsy Blancharde, 23, of Springfield, Missouri and 26-year-old Nicholas Paul Godejohn of Big Bend, Wisconsin, are each charged with first-degree murder and armed criminal action in the death of 48-year-old Clauddinnea Blancharde.

They are in custody in the Waukesha County jail. Greene County, Missouri Prosecuting Attorney Dan Patterson said they will be extradited to Missouri to face those charges.

The Greene County Sheriff’s Department said Godejohn admitted to driving to the Blancharde home in Missouri to see Gypsy, and to stabbing Clauddinnea to death. He told investigators that he and Gypsy took several thousand dollars from a safe in Clauddinnea’s bedroom. He claimed he would not have murdered Clauddinnea if Gypsy had not asked him to, and said she gave him the knife. The crime happened between Tuesday, June 9 and Sunday, June 14, according to the sheriff’s department. 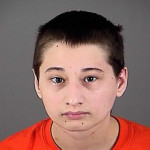 Investigators said Gypsy admitted she knew Godejohn was going to stab her mother and did not stop it or report it to authorities. She said after the murder she and Godejohn left the Springfield home in a cab. Both said they attempted to clean up the blood before leaving.

On Sunday the Missouri State Highway Patrol had issued an endangered person advisory for the Blanchardes. After obtaining a search warrant they found Clauddinnea’s body face down on her bed with multiple stab wounds in her back and a slash to the back of her neck.