You are here: Home / Education / WIAA pleased with budget veto on athletic eligibility 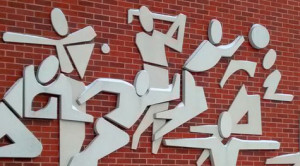 One of Governor Scott Walker’s vetoes of the state budget bill was well received by school districts and the private association that handles athletics eligibility, the Wisconsin Interscholastic Athletic Association.

The budget originally submitted to the Governor from the Joint Finance Committee included language requiring school boards to allow home-based private students to participate in athletics and extracurricular activities offered in the public school district they live in, but don’t attend. Wade Labecki, Deputy Director of the WIAA, says that could have caused problems from many districts and their ability to belong to the organization. “It said that home school students will be eligible based on their local board of education eligibility standards. Well, the key is, the local board of education chooses to belong to the WIAA, therefore when they choose to belong to the WIAA, they adopt those rules.”

Labecki says many people mistakenly believe many students are home schooled, when in fact they are virtual school students. He says not every student studying at home on a computer is truly home schooled. “Most of the time, you’re not. You’re actually either an open enrollment student taking courses at that school, and getting credits or getting a diploma from that school, or if you want to be eligible at a school, you go to your superintendent and you ask that all of your program be provided via virtual schooling. Then, the school signs you up, pays the bill, gets reimbursed for you, and then you’re actually eligible.”

Governor Walker in his veto message said, “I am partially vetoing this section as it relates to the prohibition of school district membership in an athletic association unless the association requires member school districts to permit home-based private educational program pupils residing in the district to participate in interscholastic athletics in the district. I object to this provision because I do not believe state statutes should stipulate the participation and membership requirements of a private athletic association.”

With the Governor’s veto, the participation policies of the WIAA remain as they were before the budget was passed.