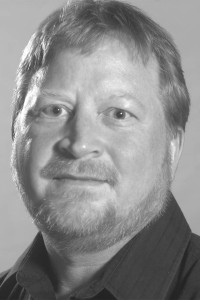 Wisconsin’s open records law may still face challenges. Records obtained by the Wisconsin State Journal reveal that Assembly Speaker Robin Vos initiated the sweeping and controversial changes to the state’s open records law. The language was slipped into the budget, and then removed following an intense backlash.

Bill Lueders with the Wisconsin Freedom of Information Council said it’s ironic that the newspaper was able to use the law to find out what happened. “Had the change gone through, the information on who sought the change would not have come out,” Lueders said.

“I think that it’s still the intention of the people who introduced this to change the open records law in a significant way,” Lueders said. “Maybe not as significantly as what they tried to do basically in secret at the last minute in the budget bill, but I think there is a desire to reign back what is available to the public through our open records law,” he said. “I don’t think anyone is going to try to get all

Lueders said changes might include drafting files relating to how legislation is written. “Having access to information like drafting files doesn’t always show public officials behaving badly. Most of the time it shows them behaving appropriately,” he said. “The idea that they need to shield this information from the public is foolhardy.”