You are here: Home / Sports / First official PGA practice round is underway 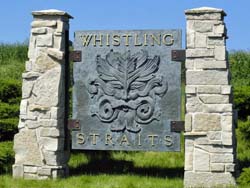 The P-G-A says no more tickets will be sold for Saturday’s and Sunday’s rounds.

22-year-old Jordan Spieth will try to become the first golfer to win all three U-S majors in the same year.  Spieth shot a 4-under-par 66 yesterday at the Bridgestone Invitational, just before taking off for Whistling Straits.

Graham DeLaet has withdrawn from the 2015 PGA Championship due to injury.  Sean O’Hair of Windermere, Florida, will take his spot in the field.