A Wisconsin lawmaker wants to add photo ID to state issued QUEST cards used to make FoodShare purchases. State Representative Jesse Kremer (R-Kewaskum) says there could be millions in FoodShare fraud. “The USDA says 1.3 percent is the national average,” Kremer told the Assembly Committee on Public Benefit Reform during a hearing at the Capitol on Tuesday. “I don’t have a specific average for Wisconsin. I’m going off their national average, and that comes out to $14.5 million.”

Kremer said his social media “is going to blow up today,” with negative reactions to the bill. “To say that I’m out there trying to hurt the poor, that I am a racist, a bigot, that I am not a Christian. This bill is for those in need.” Kremer said money saved would be available to benefit those who need food assistance.

Democrats and others are voicing opposition to the bill. Helen Marks Dicks is with AARP-Wisconsin. “There are too many people whose benefits and whose ability to get food can be affected by this,” she said, asking lawmakers not to provide the state Department of Health Services, which administers the FoodShare program, with too much discretion.

Adding a photo to the cards would require a waiver from the federal government – something Kremer himself concedes is unlikely to be granted. 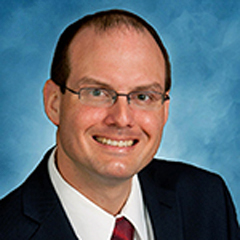 “I don’t see them probably approving my plan,” he said. “They’re going to call it discriminatory. But that doesn’t mean that I don’t want to talk about and I don’t want to attempt to get it done.”

A similar provision in Massachusetts, which started putting photos on Electronic Benefit Transfer cards in 2013, has seen mixed reviews in terms of preventing fraud. New York abolished its photo requirement in 2013, and in Maine this year, lawmakers killed a bill which would have required that all replacement cards carry a photo ID.

“There are people who were frauding the system more than once,” said Representative Samantha Kerkman (R-Salem), who authored the legislation with Joint Audit Committee Co-Chair Senator Rob Cowles (R – Green Bay). “Anybody can make a mistake, but people who are set on obtaining benefits they are not entitled to go for larger amounts.”

State Representative Andy Jorgensen (D-Milton) said that a majority of unemployment overpayments are a direct result of unintentional reporting errors. Jorgenson said the Department of Workforce Development’s mandatory filing survey includes complex questions and unfamiliar terminology, which the federal government has determined to be problematic.

“These folks aren’t fraudsters, they’re just human beings who made simple mistakes,” said Jorgensen. “If we slow down and address the real issue – the confusing filing process – we could do so much more good.”