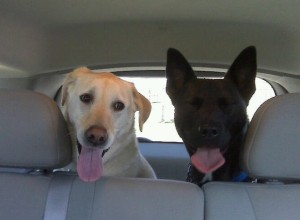 Dozens of children and numerous pets die in the U.S. each year, after being left in parked cars that can quickly overheat in warmer weather. A state lawmaker believes some of those deaths could be prevented, if people had fewer fears about stepping in when they see a person or pet in a locked vehicle.

State Rep. Tod Ohnstad (D-Kenosha) has introduced a bill that would provide immunity from criminal prosecution and civil liability for anyone who forces their way into a vehicle in order to rescue a person or pet in danger of overheating. Those protections would only be in place if the would-be rescuer calls 911 and waits for emergency responders to arrive on the scene. “You can’t just break a window and go,” he said. “You have to stay there and wait.”

Ohnstad admits it’s unlikely a district attorney would prosecute someone who breaks into a vehicle, but he believes some people may avoid taking action because of the fear of civil penalties. Removing that concern, he argued, could help protect lives.

The Kenosha Democrat said the bill is largely an effort to raise awareness about the issue, which is seeing renewed interest following the death of a police K9 unit from Brown County last week. The dog perished after an air conditioner blower and heat alarm both failed.

The bill has not yet been scheduled for a hearing at the Capitol.