You are here: Home / News / Mistaken identity brings wrath of animal lovers down on Janesville dentist 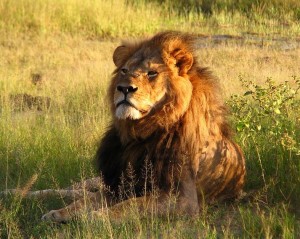 A Janesville dentist says he has been inundated with messages, after being mistaken for the Minnesota dentist who killed “Cecil” the lion in Zimbabwe.

Dentist Walter Palmer drew international criticism last week, after he was identified as a big game hunter who paid thousands of dollars to hunt a lion. Palmer ended up killing Cecil, a popular lion from a Zimbabwe wildlife preserve, whose death has sparked outrage over the incident. The Bloomington, MN dentist even shut down his practice because of protesters.

Janesville dentist Matthew Palmer is no relation to Walter, but still found himself being targeted by some of the blame from the incident because of their shared professions and last name. He says his office has been inundated with phone calls and messages for the past week, including robocalls that deliver hourly facts about cats. Palmer says he had to change his number to get things back to normal.

He says it has not hurt business, since his customers know he’s not the hunter. His main hope is that the incident will serve as an example of why people should stop and think before sending a hateful message to someone without knowing all of the facts.