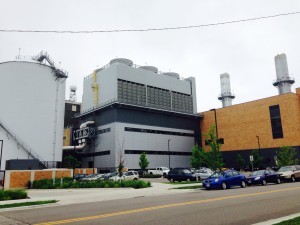 Wisconsin Attorney General Brad Schimel has signed on to a request for a federal court to stay implementation of the Obama Administration’s clean power plan until courts decide whether the plan is legal. Wisconsin is one of 16 states asking the U.S. Court of Appeals for the D.C. Circuit to postpone compliance deadlines for new rules from the U.S. Environmental Protection Agency.

The EPA’s Clean Power Plan includes targeted reductions of carbon dioxide emissions from U.S. power plants of 32 percent by 2030. The goal would be met by requiring less coal generation, while increasing the use of natural gas, solar and wind power

The first deadline to comply with the plan’s rules is in 2022, but Patrick Stevens, Administrator of the Environmental Management Division of the Wisconsin Department of Natural Resources, said that in the absence of a court ordered stay, it would not be practical for the DNR to wait for the completion of litigation to begin working with utilities on compliance. He said it was doubtful that the state would have a plan approved and implemented in time for the initial deadline.

The 16 states have also argued that the rules exceed the Obama administration’s authority. The EPA and the White House both believe the limits are legal and have no plans to put them on hold.