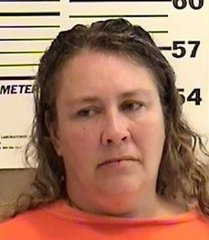 One of two Spencer women convicted in a murder for hire case will be going to prison for seven years. Shari Klimmer was sentenced to 7 years in prison and 9 years on extended supervision. The 46-year-old Klimmer pleaded guilty to one count of conspiracy to commit murder in May. One other count of conspiracy to commit murder was dropped as part of that plea agreement.

Prosecutors say Klimmer and her 22-year-old daughter Porcha Rizzi were targeting the fathers of Rizzi’s children. The two women met with informants in October of last year, and supplied photos, addresses, and vehicle descriptions of the men and said they wanted it done soon. One of the two intended victims was looking into changing child custody arrangements with Rizzi and wanted to move out of state. Rizzi is due back in court for her own sentencing hearing September 22.