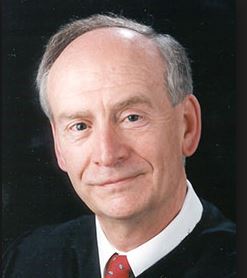 Governor Scott Walker says he’s not ready to say yet whether he will appoint a judge to fill a vacancy on the state Supreme Court.

The governor has the ability to fill the seat left open by the death of Justice N. Patrick Crooks, who died Monday in his Capitol office. Walker said on Friday that he’s not going to discuss whether to fill the seat until after Justice Crooks has been buried.

Funeral services for the 77-year-old Crooks are set for Saturday at St. Matthew Parish in Allouez.

The justice had already announced he intended to retire when his current term was set to end next summer.

There are currently three candidates running for the seat – state Appeals Court Judges Rebecca Bradley and JoAnne Kloppenburg, and Milwauke County Circuit Judge Joseph Donald. Walker could choose to appoint one of them to the bench or he could select someone with no interest in filling the seat for longer than the remainder of the term. The governor could also choose not to fill the seat at all, with an election already set to take place next April.