You are here: Home / Crime / Courts / Beloit man sentenced to 30 years in prison for 2014 killing 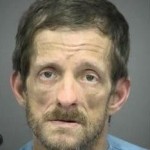 A Beloit man will serve 30 years in prison, for fatally running down a woman. Rock County Judge Richard Werner passed sentence Thursday on 42-year-old Christopher Rutherford in the death of 47-year-old Sheila Rosenbaum in May of last year. Rutherford pleaded guilty to stealing Rosenbaum’s vehicle while police were trying to take him into custody, and then running her over, and dragging her.

“You ran into her, knocked her down, drover her and dragged her. You took her life,” Werner told Rutherford, who he also noted was mentally and physically abuse to his victim and was “essentially a user.”

Rutherford will be 72-years-old before he’s eligible for extended supervision. “Essentially, this should take you through the remaining part of your life. You need to be either confined or supervised,” Werner said.