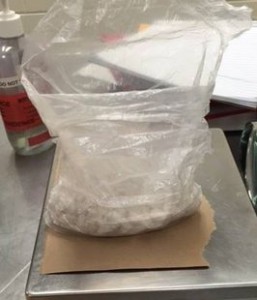 A 24-year-old man who police say is a high-volume heroin dealer in central Wisconsin is due in court today.

Melvin Dunomes was arrested during a traffic stop in Marshfield on Tuesday night. City police and Marathon County sheriff’s deputies say he was caught with 80 grams of heroin, with a street value of $80,000.

Court records list Dunomes’ address as Milwaukee. He was booked on possible charges of possessing heroin with the intent to deliver, maintaining a drug trafficking place, and violating parole. Dunomes was on parole after being freed from prison recently for marijuana and cocaine possession.

Marshfield Police Chief Rick Gramza says his officers have seized more than 360 grams of heroin in the past five years, and this week’s arrest represents almost a quarter of that. Marathon County Sheriff Scott Parks says the arrest ends a long-term investigation, with the amounts seized reflecting an ongoing heroin epidemic in both Marshfield and nearby Wausau.