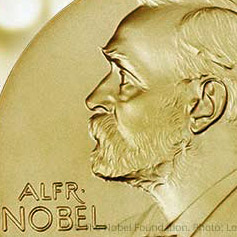 A graduate of the University of Wisconsin is one of three scientists who’ve been awarded the Nobel Prize for medicine. William Campbell and Satoshi Omura of Japan were honored for discovering the drug Avermectin. Two derivatives of that drug helped reduce the presence of diseases caused by parasitic worms, mostly in Asia and Africa. The other Nobel Prize winner is Tu Youyou, China’s first medicine laureate. He created a drug that sharply dropped mortality rates for malaria.

The 85-year-old Campbell earned a doctorate degree from UW Madison in 1957. He worked for 33 years at Merck Pharmaceuticals, and is a research fellow-emeritus at Drew University in New Jersey. One of the diseases his drug helped reduce is river blindness, 90-percent of which is inflicted in Africa. The other disease causes swelling in limbs and genitals that affect 120-million people, primarily in Africa and Asia.